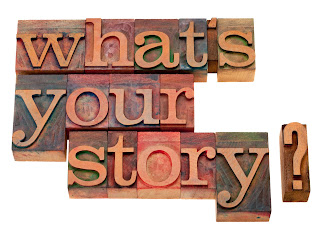 How would you describe your story if you could only describe it in one sentence?

If you’re writing a story, whether a novel or a film, developing the core of your story in one sentence can be the glue that holds your story together from beginning to end. It helps to keep you focused on what fits within the story you’re writing and what doesn’t.

This one-sentence summary of your story is called the premise. It’s what the story is about, stripped down to its most basic elements. In the world, the premise is often called a .

The premise is what keeps you focused on the story you’re trying to tell, and it’s often the quickest and most efficient way of selling your story to another person.

So how do you develop the premise of your story?

1. Who is Your Main Character?

This is who your story is about. It’s whose journey we’re going to follow from beginning to end.

When you’re developing the main character of your story, you want to make the character complex and interesting to the reader. You may want to sketch the character out by answering several of the following questions.


When it comes to the premise, you want to focus in on the character trait that is most important to your story. It’s the one that helps drive the entire story.

For our purposes, we’re going to use Christopher Nolan’s excellent film Inception as our guide to building a solid premise. The film’s main character is Dominique Cobb, and although Cobb is a complex character with many characteristics about him that stand out, in the context of the film’s story, his role as a desperate father who misses his children wins out above all.

So for Inception, the main character is a desperate father.

2. What Does the Main Character Want?

Pictures from yesterday's tour of the National Museum of the US Air Force, Dayton, OH.