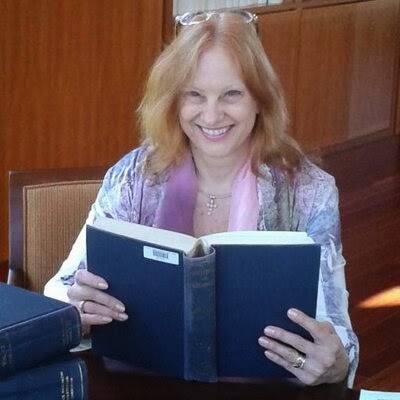 Diana is the author of A BLOODY GOOD CRUISE a fun-filled blend of the vampire world and luxury cruises, starring romance author Mona Rossi and Fausto Silvius, a full-blooded vampire. The popularity of cruises and vampires make it a unique blend, but a very fun setting.

My stories are romances set against a backdrop of political upheaval, court intrigue, poverty general drama of the surroundings, and at times a splash of the paranormal. What I’m trying to get across in my stories is that love can prevail no matter what the conflicts and obstacles, earthly or not.

Coffeetime Romance says in its review, “A Bloody Good Cruise is a high seas adventure with twists and turns around every corner. The lively cast spins non-stop excitement with thrills and enough snags to keep the pages turning.”

I wanted to combine Italian vampires, comedy and cruising in one package, so I hopped on my imaginary ship The Romanza to get my characters in all kinds of trouble. I envisioned the hero, Fausto, as actor Vincent Irizarry (Dr. Hayward on All My Children). That made my job so much easier. He is THE perfect vampire. Italian vampires and hunters (the Vampire Ball Busters) leave the field wide open for comic relief, and I had plenty of chances in this story. Since I'm hooked on cruising and I'm Italian, I didn't need to do that much research. The name Fausto came from an Italian woman I met in the 1980s, Fausta. I knew I had to use some version of that name in one of my books.

My husband and I are hooked on cruising, and my very first cruise was on the Eastern Mediterranean, beginning in Rome and ending in Istanbul. The ports of call included Rhodes, Cyprus, Santorini, and Egypt. Because I love Italy and cruising, I wanted to combine those passions with a humorous story about vampires and how they face prejudice in the human world.

I met an Italian woman named Fausta in 1983 and always loved that name--I always planned to use that name in one of my books someday. I finally got the chance with the hero Fausto, close enough!

The actor I envision for the hero Fausto is Vincent Irizarry, who played Dr. David Hayward on All My Children. He is every bit the perfect vampire. 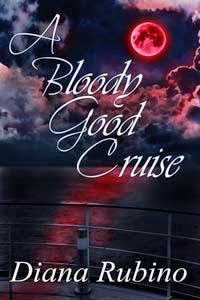 Mona forced a dose of cheer through her nerves. Vampire hunters wouldn’t have the balls to attack Fausto and his friends on this ship. Security was tight. “Well, you’re here, so does that mean you out, and aren’t confined to your house any more?”

Fausto shrugged. “Almost. I couldn’t wallow in self-pity forever. And I knew seeing you would make it worthwhile.”

She smiled and gave him a genuine Italian cheek pinch. “I’ll cheer you up, , you can count on that. You must feel safe.” She gestured at the tacky duds. “I mean, relatively speaking.”

“What—” She swallowed a lump. “What kind of ominous message?”

He looked away, shaking his head. “Nothing to get alarmed about. The hunters just want me to know they’re here.

After the initial jolt wore off, I said, ‘okay, I’m being stalked again.’ But I’m used to it. It doesn’t make me constantly look over my shoulder like in the old days. My family’s murder gave me a reality check. If they want me, they’ll get me. I can’t let it interfere with my work, or what little leisure time I have here. And you shouldn’t either.”

He gazed at her adoringly and cupped her cheek. His hand was surprisingly warm. “But you’re still scared. All the blood’s drained out of your face, and not in a good way.”

An Interview with Mona Rossi, heroine of A Bloody Good Cruise

You, the Heroine. . .
Readers love to know about their favorite heroines, and this is your chance to make them feel close to you.

You have two hours free time tonight, what would you rather do? Why?
Soak in my hot tub overlooking the Tuscany Hills with a chilled glass of Gianni Brunelli Brunello Montalcino Riserva from right there in Tuscany. Fausto bought me a case of this for our one-year anniversary. It’s a deep ruby red with intense aromas of notes of leather and cherry. Upon sipping, you get an astringent taste.

At $389 a bottle, I splurge when I sell a book—then I buy another bottle when the book sales hit the 1,000 copy mark.

But when I can’t be so decadent I drink Beaujolais Nouveau, produced in the Beaujolais region of France. (, Fausto, it’s not Italian.) It comes out once a year, and goes on sale the third Thursday of November. If you don’t get to a store in time, you can miss out. It sells out fast. Distributors deliver it to stores at 12:01 a.m. time. I’ve seen people in line waiting for it. I’d do that for a Springsteen concert, but not for a bottle of wine!

Yes, I’m I’m a Springsteen fan, and that’s something else I’d do with two free hours—go to one of his shows or blast his CDs and dance like crazy. But along with the wine, I’d have Sinatra or Dean Martin playing in the background, with a vanilla candle. And if I’m feeling indulgent, I’ll bring three white chocolate truffles, and eat them fast so they don’t melt.

What kind of books do you love to read? Why?
The same kind of romances I write—suspense, where the heroine gets into one mess after another. I read out loud, it improves my diction for when I speak at writers’ conferences. I also like to browse cookbooks. I take a snapshot of the recipe in my head, then go and improvise.

My favorite author is Linda Howard. She writes such pulse-pounding suspense. And I know this sounds hokey, but when I met Fausto, I began reading Anne Rice. Fausto and his family aren’t the same kinds of vampires she writes about, but it gave me some perspective. To me, the original book Dracula, by Bram Stoker, was scary as hell. But I do consider it one of my favorite books because it was so innovative. I never believed in vampires before that book, and look where I am now!

I like to go to Goodreads to seek out new titles. I don’t read the reader reviews, though. Too many of them have misled me. I just read the book summary and make up my own mind.

What is your stress buster?
A Pilates class or watching my favorite shows while working out on the elliptical trainer—I watch comedy working out, certainly not the news—I want to bust stress, not increase it. I have DVDs of some classic sitcoms:

I Love Lucy, the Dick Van Dyke Show, All in the Family, Seinfeld—and some live standup: Joan Rivers, Phyllis Diller, Richard Pryor, the pioneers, the greats. No comedians working the clubs today come close to those legends. Moving for an hour to comedy—or music—is the best way to relieve stress and work it all off. When not on the elliptical, I’ll get out my iPod, close the door, pull the shades and torch some calories dancing to my cardio mix—a scientifically engineered mix of songs that burn 450 calories—one of my warm up songs is Scream by Usher, one sprint song is Pump It by Black Eyed Peas, a recover song is ’ In by Lo, and a cool down song is Halo by Beyoncé.

What is your favorite food? What food do you seek when you’re sad, sort of a comfort food?
Cheesecake made with cottage cheese—it’s healthy and low fat, and tastes every bit as good as ‘real’ cheesecake but much lighter. I also make honey balls, “Struffoli” which is a Christmas treat, but I make them year round. I added the recipe below. Every morning I make a healthy smoothie with almond milk, coconut milk, yogurt, either spinach or kale, cinnamon, and protein powder. If I use chocolate powder, I also add peanut butter. You can’t even taste the spinach or kale, but it does turn the smoothie green. I also do some creative things to oatmeal—top it with cinnamon or nutmeg. I make it with a green tea bag instead of plain water for a healthy boost.

Describe yourself in one word.
Determined.

What is the most adventurous thing you’ve ever done?
Being turned—but it was a matter of life and death. I trusted Fausto with my life, and here I am.

What makes you  happy / sad / disappointed / frustrated / hopeful / angry? (Pick one)
What makes me angry is intolerance. After I went through with Fausto and his family, I saw first-hand what someone different must go through to gain acceptance. I’m trying to change that by giving talks about vampires, explaining who we really are, so someday prejudice against us—and anyone else the ‘majority’ deems ‘different’ will be an ugly thing of the past.

What are your wildest dreams/fantasies/kinks/quirks?
My wildest dream is to live a week in Ancient Rome, as a Senator’s mistress.

What do you most want out of life, and what’s its opposite?
I most want social acceptance and its opposite is to disappear in the crowd, to be an ordinary citizen.

What would you never say, do or think?

What are some of your faults?
I’m too assertive at times. I still worry about what people think of me. I overcompensate to get them to accept and like me. I make a mess after cooking and don’t clean it up right away. This drives Fausto nuts. He’s a neat freak. Another fault that also drives him nuts is that I put off going to the doctor. We’ve been granted eternal life, but we do have to get checkups along the way!

Diana a a member of Romance Writers of America,
t Richard III Society and the Aaron Burr Association.


A Bloody Good Cruise is available on Amazon