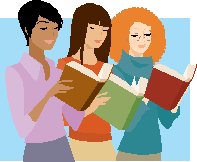 If you don’t have a beta reader or two or three or four, get one today! Get several. They’re awesome. I have a baker’s dozen. So far, eight have read The Last MacKlenna and sent pages of notes.

I received an email today that questioned a paragraph toward the end of the story, saying it didn’t make sense. After reading the page, I saw the problem. I had edited out information in one paragraph, yet referred to it in the next.

Having this many pairs of eyes go over the story is an incredible help in tightening and finding loose threads. Snip. Snip. Snip. I’m still waiting to hear from three readers. After all the comments are addressed, I have two final readers who claim they can spot every mistake in a book.

Another thing that’s so great about beta readers is that you’ve got readers ready to post reviews as soon as the story goes live. What could be better than that?

You might be wondering where I found them. On Twitter. After folks read The Ruby Brooch they sent tweets telling me how much they enjoyed the story. We became Twitter friends and one thing lead to another.

You can find readers in your writers’ groups, or heck, even at church. Give it a try. I highly recommend you have a handful of readers before you put your story out there.

Here are a few comments I picked out:
Happy writing & running, Kathy