Come join Seth Fishman, Literary Agent representing Alex Grecian, our Book of the Month author of THE YARD, and the sequel, BLACK COUNTRY.

ASK THE AGENT: Seth and Alex have graciously agreed to answer questions from Modern Good Reads members related to traditional publishing, an agent’s role in publishing, and all those myriad things we all want to know about working with agents and New York publishers. Ask-An-Agent Giveaway 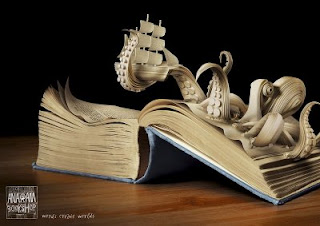 Seth Fishman (me) was born and raised in Midland, Texas (think Friday Night Lights) and received his MFA in Creative Writing from the University of East Anglia in Norwich, England (think cold and rainy and millions of castles). His YA thriller, The Well's End, is the first in a series and the protagonist, Mia Kish, is roughly inspired by a hometown drama that (when I was young) really blew him away: (http://articles.latimes.com/2012/oct/...).  When not writing, Seth is a literary agent at The Gernert Company (www.thegernertco.com), and thinks writing and agenting are the two very best jobs in the world.

I've been a literary agent for over eight years, beginning at Sterling Lord Literistic, Inc. and now, for the past three years, at The Gernert Company.  My list is deliberately wide-reaching, as I'm fervently of the mind that good writing and strong stories can be found in any genre.  For sake of ease, however, a few published examples in varying categories I rep:

Forthcoming publications (in the next 3/4 months): The Thousand Names by Django Wexler, What The F Should I Drink by Zach Golden, and The Age of Ice by J.M. Sidorova.

A childhood accident, a bizarre outbreak, and an impossible discovery…

Mia Kish is afraid of the dark. And for good reason. When she was a toddler she fell deep into her backyard well only to be rescued to great fanfare and celebrity.  In fact, she is small-town Fenton, Colorado’s walking claim to fame. Not like that helps her status at Westbrook Academy, the nearby uber-ritzy boarding school she attends. A townie is a townie. Being nationally ranked as a swimmer doesn’t matter a lick. But even the rarefied world of Westbrook is threated when emergency sirens start blaring and the school is put on lockdown, quarantined and surrounded by soldiers who seem to shoot first and ask questions later.  Only when confronted by a frightening virus that ages its victims to death in a manner of hours does Mia realize she may only just be beginning to discover what makes Fenton special.

The answer is behind the walls of the Cave, aka Fenton Electronics. Mia’s dad, the director of Fenton Electronics, has always been secretive about his work. But unless Mia is willing to let her classmates succumb to the strange illness, she and her friends have got to break quarantine, escape the school grounds, and outsmart armed soldiers to uncover the truth about where the virus comes from and what happened down that well.  The answers they find just might be more impossible than the virus they are fleeing.

SUBMIT MANUSCRIPTS TO SETH FISHMAN TO WIN AN AGENT READING?


If you are not a member, you must join
MODERN GOOD READS to qualify.