Eight days. Really? Race/Release Week has arrived much too soon.


I remember the day it hit me that the baby I’d been carrying for 8 months had to come out. She wasn't going to stay in there forever, and she wasn't going to get smaller either. Dang. Birthing her was going to hurt. No matter how much I wanted to hold my baby, I was scared, shaking-in-my-boots-Cowardly-Lion kind of scared. 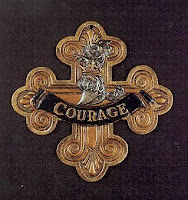 Like me, the lion in the Wizard of Oz didn’t understand that it was okay to be afraid. What truly mattered was how one acted in the face of fear. Throughout the story, the lion showed his true courage.


The heroine in The Ruby Brooch is a paramedic on a quest to find her birth parents in the year 1852. She too is afraid. While the lion was afraid of being inadequate, Kit's afraid of being loved. People who love her—die, and she doesn't want to lose anyone else. Yet she exhibits courage time and time again by risking her life to save others.


Like being 8 months pregnant and afraid to birth a baby, I've been afraid to release my book and subject myself to criticism and rejection. That’s why, after all these years, it’s still sitting on my virtual desk. Its time, however, has come. 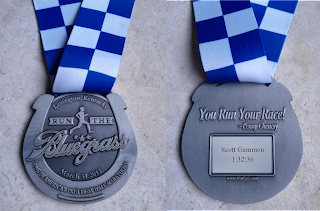 
Courage.  Sometimes it’s buried so far below the surface that it takes a tornado to uproot it. But it’s in there.  All you have to do is your best imitation of the Cowardly Lion.


What are you going to fight today? Whatever it is, put one paw behind your back and go for it.