HOW TO USE THE “RULE OF THREE” TO CREATE ENGAGING CONTENT 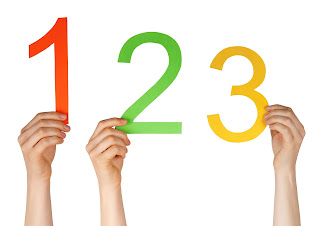 What’s so magical about the number three?

It’s no accident that the number three is pervasive throughout some of our greatest stories, fairy tales and myths.

It’s also no coincidence that some of the most famous quotes from throughout history are structured in three parts, nor is it surprising that the Rule of Three also works wonders in the world of comedy.

It all comes down to the way we humans process information. We have become proficient at pattern recognition necessity, and is the smallest number of elements required to create a pattern. This combination of pattern and brevity results in memorable content, and that’s why the Rule of Three will make you a more engaging writer.

Have you ever wondered:


The Rule of Three works in due to the presence of the concise, memorable patterns that I mentioned above. But even if that wasn’t the case, the number three has been used so widely throughout some of the most memorable works from our childhood, it’s likely that we are preconditioned to respond favorably to elements grouped in threes.

Think in terms of three when crafting your content, and you’ll likely end up with a more engaging outcome. If at first you don’t succeed, remember—the third time’s the charm.