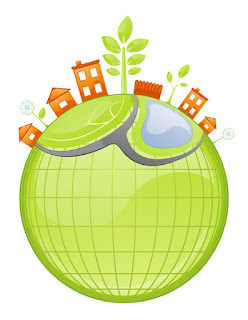 As a writer sitting at my desk, I don’t live in isolation. Thanks to Google and Amazon, Twitter and Facebook, I have the world at my fingertips. I can travel to any country. I can read any book. I can listen to glorious music. I can make new friends and chat away the morning with a Twitterchat or on Skype. If I have a question, I can send an email to one of several Yahoos loops and have an answer within moments. The world really is at my fingertips.

When I was working full-time I would send an email to a co-worker down the hall and tap my nails against the keyboard waiting for a response. But every once in a while, I had to get up, leave my office and have a face-to-face simply because I needed human interaction.


We were not created to live in isolation.


So working from home, what do I do to fulfill that need? A need that occasionally is satisfied with a peanut butter sandwich and other times requires a 5-course meal?


The answer I hear most often when writers ask how to carve out a block of time to write uninterrupted, is to get up an hour earlier. When the house is quiet and no one expects anything of you, nurture your muse—write and keep on writing. It’s guaranteed to keep you fed the rest of the day.


I’ve heard the same advice from runners. If you can’t squeeze in a run during or after work, wake up an hour earlier. Nothing jump starts a day better than a run. Probably the only people who will agree with that statement are other runners.


I’ve been struggling through a shoulder and arm injury while trying to maintain my training schedule, and I’ve had to endure not only an unusually hot July but significant pain in my upper body.  In order to do that, I’ve come to rely on a team of folks who want to see me succeed—trainer Pat Carlson, Chiropractor Dr. James McNevin, sports massage therapist Anne Tsamas, foot/shoe specialist Larry Wheeler, running group the Striders, and of course my sweetie Ken who understands my pain.


It takes a village to keep a runner running. For me though, I had to first come to the realization that if I was going to succeed, I had to have help. A few years ago, I reached that same point with my writing. That’s when I called the Carnegie Center and signed on with a mentor. And that was one of the best decisions I’ve ever made. That experience opened doors to other resources and my real writing journey began. The same thing has happened with my running.


I have two pieces of advice today: One, get a group of writer and/or runner friends, and two, stop what you’re doing, bend over in your chair, put your palms on the floor, and stretch your back. Do that several times a day so you won’t end up with horrible knots in your shoulders.