Last night I attended a performance of Come Fly Away at the Lexington Opera House. Fantastic by the way! A couple I recognized sat down beside me. I immediately introduced myself to Sam Dick and his wife Noelle. Sam is co-anchor of WKYT’s evening newscasts. I don’t normally introduce myself to local TV personalities, but Sam was different. We have a connection. Running. He owns Swim/Bike/Run of Kentucky, a training and outfitting home for runners. He's also sponsoring a race team to participate in Run the Bluegrass Half-Marathon to support awareness of prostate cancer, a disease he personally experienced and shared with his viewing audience. We talked about Danny Abshire and how a running expert can improve your performance.

This morning as I was thinking about my conversation with Sam and Noelle, I was reminded that once again my life circle (friendships/relationships) is expanding. This has happened several times in my life and when it does, it’s like an explosion. Two becomes four, four becomes eight, and well, you get the picture. 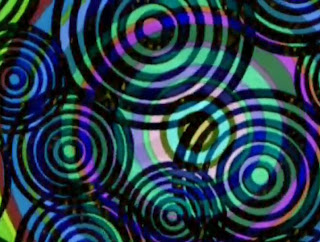 The first explosion occurred when I was a young mother involved in La Leche League. The organization gave me an entrée into a young mother’s group when I moved to Kansas in the late 1970s. The friendships that grew during those meetings created a loving community for a homesick young mother from Kentucky.

Later, when I went to work as a paralegal, my circle extended into the Central Kentucky legal community—friendships that are still alive and well after thirty years.

In the mid-1990s, I became involved on the local level in America's Junior Miss, now Distinguished Young Woman. Through Junior Miss, I meet people all over Kentucky. Eventually, I started judging state programs that took me to Texas and Missouri and Wisconsin and Virginia—an ever-growing circle of friends.

But the largest explosion came when I joined Romance Writers of America. That association opened up the world of romance writing, and the connections have been phenomenal.  I would not have gotten this far in my writing career without doors opening though that ever-broadening environment.

I’ll never forget my trek west, following the Oregon Trail in 1998. My daughter decided to spend her spring vacation traveling with me for part of the trip. We were driving through Wyoming and she said, “Except for the telephone poles, this looks like Mongolia.”

Mongolia? I was venturing west for the first time in my life, and my daughter had ridden horses with a tribe in Mongolia. At an early age, her world had expanded far beyond mine, but I’m catching up, if only on the Internet.

Over the last fourteen years, I’ve had conversations with people all around the world from a radiocarbon dating expert in New Zealand, a gun expert in Germany, a Bach expert in South America, and all sorts of people in between, including the head of the Miami-Dade County Venom Response Program.  Granted it’s not as exciting as riding horses in Mongolia or rappelling down the Great Wall of China, but that’s okay. I have plenty of excitement in my life, and if I get bored, I’ll give my characters something to do that will send me off on another research trail.

What about your circles? When was the last time you added a new one? And have friends from an outer circle moved closer to the center?  I hope I never stop adding new circles.  On March 31, at Run the Bluegrass Half-Marathon there will be almost 2000 runners from twenty-nine states and three countries. This will be another opportunity to  make new friends, and I can’t wait.